Sign The Petition  •  Donate To Forest In A Box  •  Testimonials  •  Media 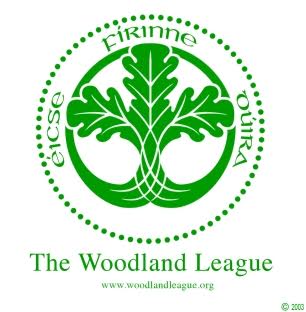 Sign The Petition  •  Donate To Forest In A Box  •  Testimonials  •  Media

The Woodland League, a county Clare based not for profit environment NGO dedicated to restoring the relationship between people and their native Woodlands are launching a new forest campaign and petition to Save and Restore Ireland’s Native Woodlands on Friday the 28th May during Biodiversity Week. Details here http://theWoodlandleagueforestinabox.ie

As part of the launch, Glen Hansard will have a conservation conversation with Andrew St Ledger, PRO, The Woodland League,about the importance of our native Woodlands in this time of Climate Emergency and Biodiversity Crisis, topped off with a global pandemic, live from his Instagram account on Friday evening at 8pm , 29th May everybody welcome @thegingerman222

In this time when we need to Re -Imagine society/economy there is now a wonderful opportunity to Re- Imagine Biodiversity, with a vision to manifest a native forestry model that actually sees the whole Forest as an ecosystem before the Trees.

During the recent Covid 19 Lockdown many people have repeatedly said they found solace in Nature and Biodiversity which protected their mental health during this extremely stressful period, highlighting the importance of Biodiversity.

As a matter of urgency, The Woodland League are calling for three immediate government actions to Conserve, Restore, and Expand our Native Woodlands.

1. The expansion of our Ancient Woodlands, using assisted natural regeneration, by land purchase and or use of adjacent Coillte and other Public lands, with fencing protection as well as the drafting of long term management plans for each site, and adequate multi annual funding. With a target of 5% Ancient Woodland cover by 2030 with trained community teams as managers.

3. Reform of Coillte, the Irish Forestry Board, in charge of 7% of Ireland’s Public forest land, changing their narrow failed forestry remit, to ensure they are compelled to participate and fully support the first two actions. Starting with transitioning the 29000 ha, old Woodland sites on the forest lands, and targeting the 250,000 acres of failed Coillte conifer plantations identified in the Colm McCarthy report on state assets in 2010.http://theWoodlandleagueforestinabox.ie/media/

These aims are consistent with the new EU Biodiversity strategy, https://www.fern.org/news-resources/biodiversity-strategy-the-european-commission-lays-the-path-for-a-greener-future-in-the-wake-of-covid-19-2144/ which includes close to nature forest management and 30% protected areas for Biodiversity and the Irish states, CBD (Convention on Biological Diversity) UN and EU Legal commitments. A new 10 year biodiversity restoration strategy will have to be implemented during the period 2021 – 2030.

Community Woodland legislation can be enacted to support these aims similar to the UK model, to transfer poorly performing Coillte sites to communities to transform and manage as native Woodlands. Ref:https://forestryandland.gov.scot/what-we-do/communities/community-asset-transfer-scheme.

Less than 2% of Ireland’s land mass consists of semi-natural and native Woodland cover, most of it recently planted or naturally regenerated, much of it isolated, fragmented and in far from a satisfactory condition.

It is also mostly young Woodland and has not achieved the complexity of relationships or highest nature value of our remnant Ancient Woodlands, which occur on less than .002% of the land mass, approximately 20,000 hectares. This is a National scandal and a Biodiversity crisis.

Our native Woodlands are part of the very fabric of our collective cultural and natural heritage, their protection and restoration are fundamental to our collective future on this Island. To put this into perspective in terms of native Biodiversity, 20% of plant life, 28% breeding birds, 50% invertebrates are native Woodland species (Dr. John Cross, 2012)

Andrew St Ledger said “An oak tree can live for one thousand years, is a host to 287 different insects and 700 other species, an oak forest is therefore, providing biodiversity apartment blocks for nature, all built from carbon removed from the air, whilst providing clean air and water in exchange, it makes so much sense to increase our Ancient and other native forests”

We hope the campaign will capture the public mood for actions for climate change and biodiversity, using the natural forests affordable and extraordinary abilities to contribute positively to this aim. One third of the solutions can be found in restoring native forests globally. More details of how people can become involved will be announced shortly.

Ireland’s Biodiversity reporting to the UN to comply with the Convention on Biological Diversity shows a continuous decline in species and habitats including rare Ancient Woodlands. https://www.cbd.int/doc/world/ie/ie-nr-05-en.pdf

Coillte Not Fit for Purpose.

From the Joint Oireachtas Committee on Climate Change Final Report 2019.

“The Government should commission an independent review and sustainability audit of Coillte’s forest business and other activities in, in conjunction with a review of the Forestry Act, 1988 to ensure that policy is consistent with the objective of environmental, social and economic sustainability in this sector.”

Coillte is in charge of the largest public land bank consisting of seven per cent of the land mass yet is not managing this land to ensure Climate resilience and are not delivering a public good. The McCarthy report assessing state assets for privatisation in 2010 found approximately half of the Coillte public forest estate, 500,000 acres, was not commercially viable and that 0.4 per cent per-tax annual return from its forest business was not economically acceptable:

Native Woodlands the Key to Biodiversity on Land https://youtu.be/nopewmqHxN0